The tournament is over. Looking forward to seeing you on the next Memorial!

The prize-giving and the closing ceremonies became the final chords of the 2017 Granatkin Memorial. Nikita Simonyan, the Football Union of Russia First vice president, Alexander Alaev, the FUR Chief Executive Officer, Vladimir Kirillov, the Vice-Governor of the city of Saint Petersburg, Pavel Belov, the Head of the Saint Petersburg Committee for Sport, Anatoly Tourchak, the President of the Football Federation of St. Petersburg, Dmitry Shneider, the Tournament Director warmly welcomed the audience and gave the prizes to the winners, the medal-holders and the best players of the Memorial.

The winner’s path: twenty against one! 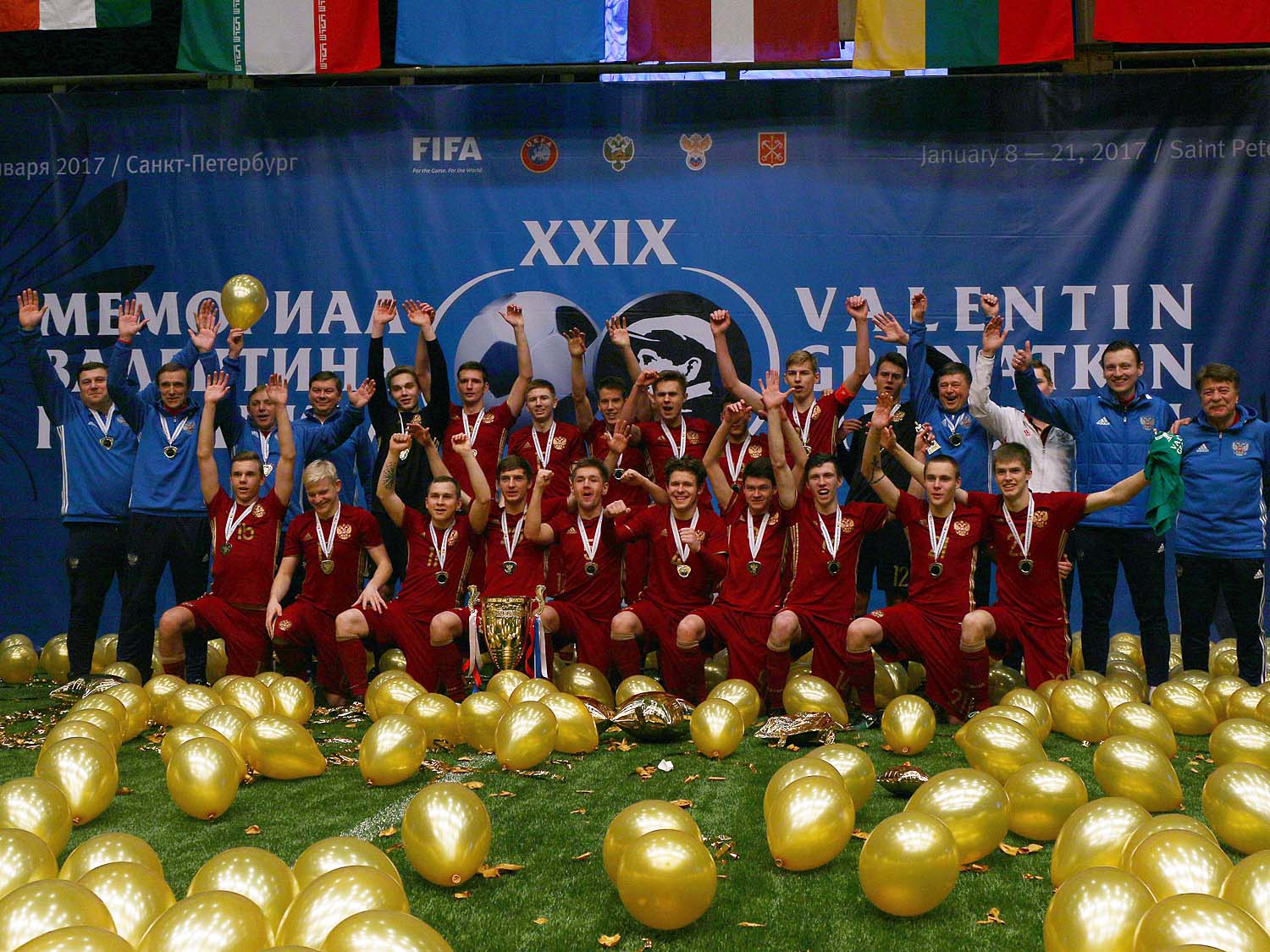 The size 5 football balls have been clearly heard in the Saint Petersburg Sports and Concert complex for almost two weeks in January. This Saturday witnessed the last of the 48 matches of the XXIX Granatkin Memorial that gathered 16 teams in its 2017 edition. The organizers divided all teams into 4 groups to ease the scheme and to make the tournament rhythm faster. Two best teams from each group reached quarter-finals hoping to take medal places eventually, whereas the rest had to play for the places from 9th to 16th. 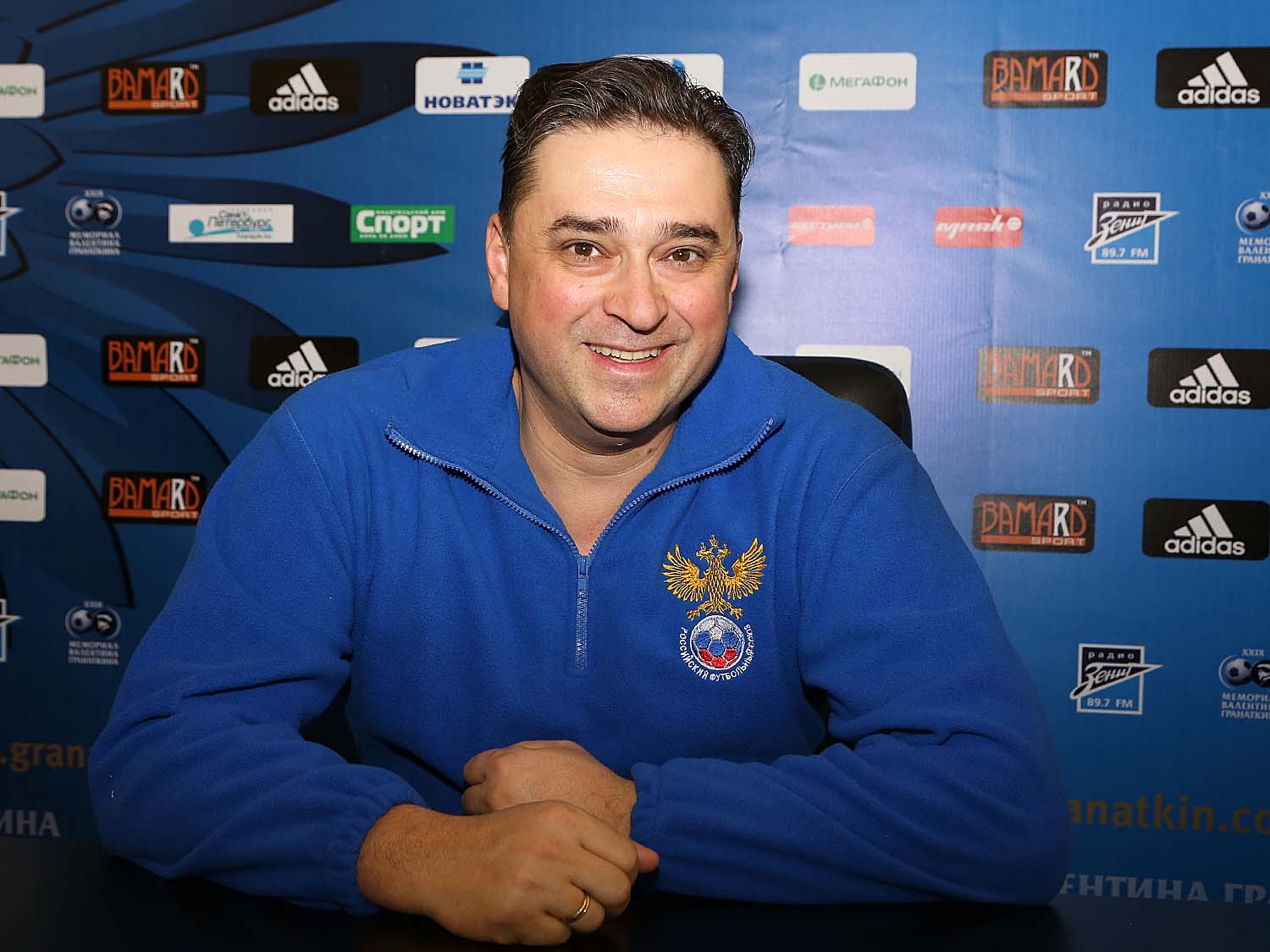 A year ago during the interview for the official Granatkin Memorial website its Tournament Director Dmitry Shneider half-jokingly, half-seriously complained about a huge amount of burning issues associated with participation of fourteen respectable football delegations from all parts of the world, that did not allow him to watch the matches. But in this year’s Memorial, there are sixteen national teams instead of fourteen! So the first question was obvious:

“Kolpino rocket” is flying from Moscow! 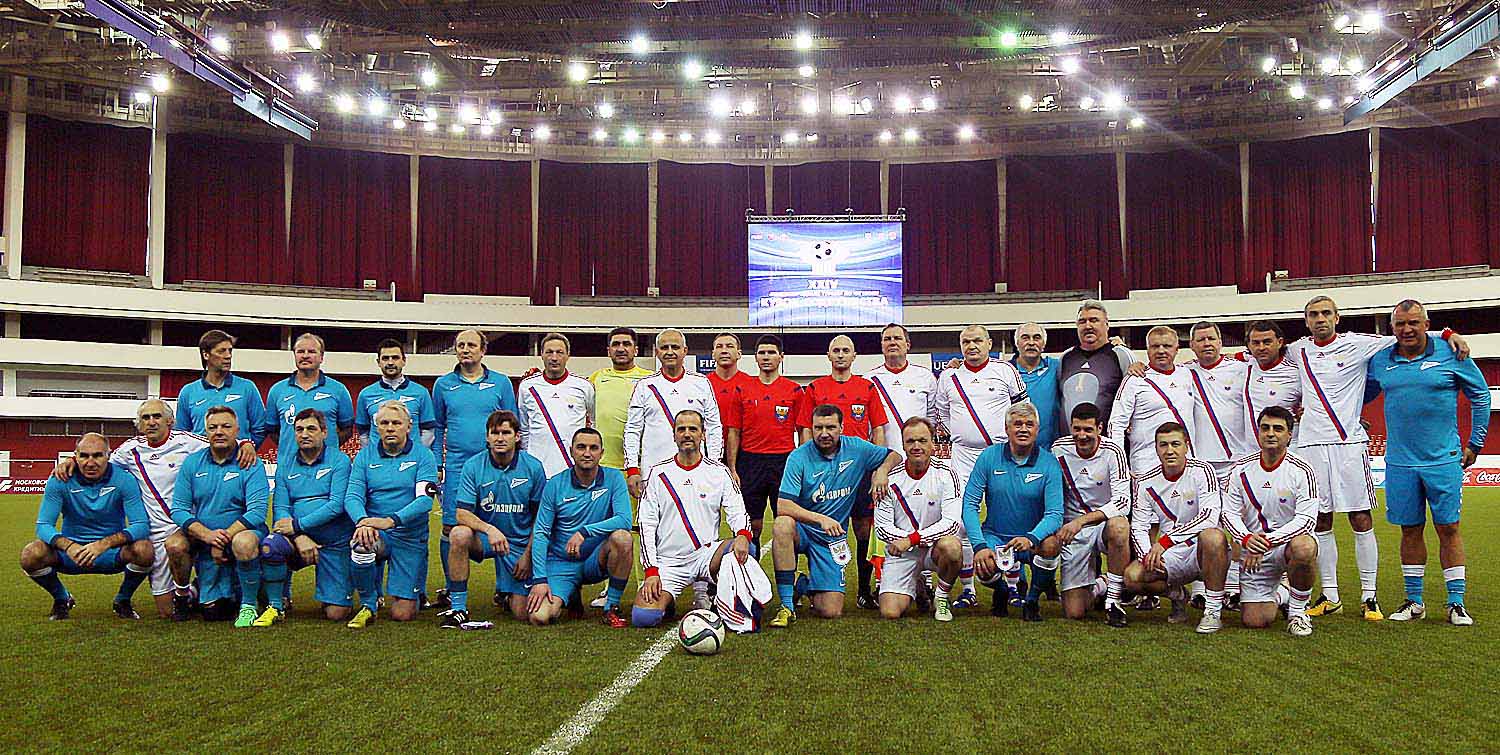 The friendly match between the veteran teams of Saint Petersburg and Russia traditionally held on the last day of the Granatkin Memorial always attracts big interest among the spectators who want to find out “What’s the current level of our former idols?”. This year it has additional “flavor”. First time in the history of such matches there will be Alexander Panov playing – the indisputable icon of the Saint Petersburg fans of late 1990s and early 2000s, the ex-striker of FC Zenit and the author of two memorable goals in the Russian Cup 1999 final match and the “Kolpino rocket” nickname bearer. 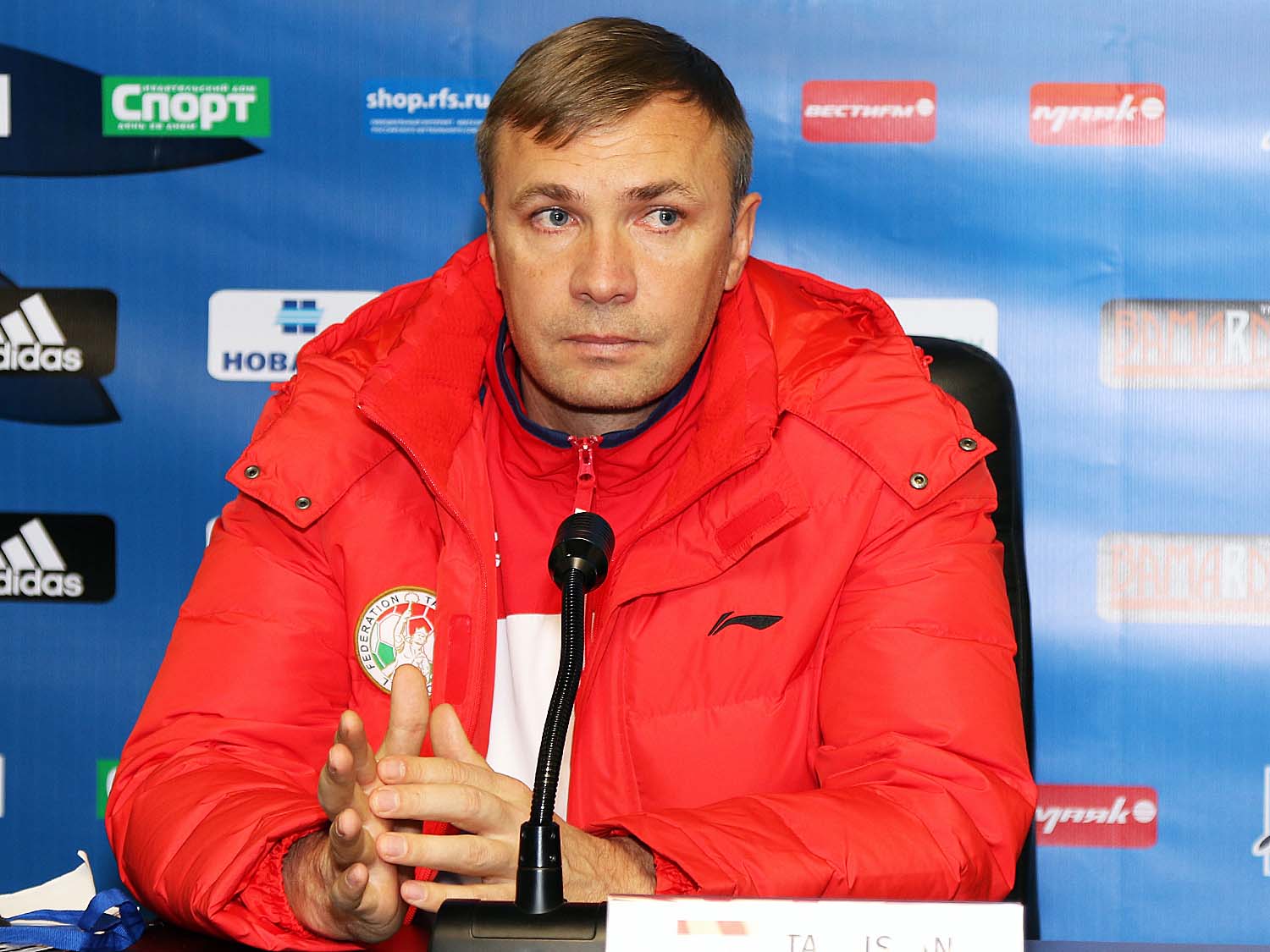 The coach that has the most exotic football biography on this tournament (not counting the German Nikolai Adam, who took part in the tournament with team Azerbaijan and who’s heading India this year) is, perhaps, Vitalii Levchenko. In his native Tajik Leninabad (now Khujand, a city where the famous Khodzha Nasreddin’s house was located) Vitalii made his way up to the local masters’ team – Khodjent (now Khujand) – and played for it in the USSR Championship.

After that a promising young player Levchenko (who was 18 years old) left Tajikistan to join the well-known FC Dinamo Kiev. Then he successfully played in the Ukranian, the Russian and the Chinese Championships for years. Having finished his playing career as a right defender at 32 years old, he started to work as a coach. Now, 12 years after, he brought the Youth team of Tajikistan to participate in the Saint Petersburg tournament.

The Balts take a football revenge!

It cannot be said that three youth football teams from the Baltic countries performed successfully during this year’s XXIX Granatkin Memorial. Even Latvia that showed the most stable play among these three can only become the fifth in the final rankings if the last match’s scenario turns lucky for them. Teams from Lithuania and Estonia did not make it to the quarter-finals that moved them to the second part of the final standings.

The coaches who go through rises and falls with their teams had another chance to sweeten up the taste of the tournament. And this time everything was in their hands. Most of the coaches sadly concluded during press-conferences that their forwards do not convert chances to score sometimes, and it makes them want to go onto the field themselves to show their skills. So the Organizing Committee of Granatkin Memorial gave them an opportunity to do this: this Tuesday after the last match between Azerbaijan and Estonia, a traditional coaches’ tournament took place in Saint Petersburg Sports and Concert Complex.